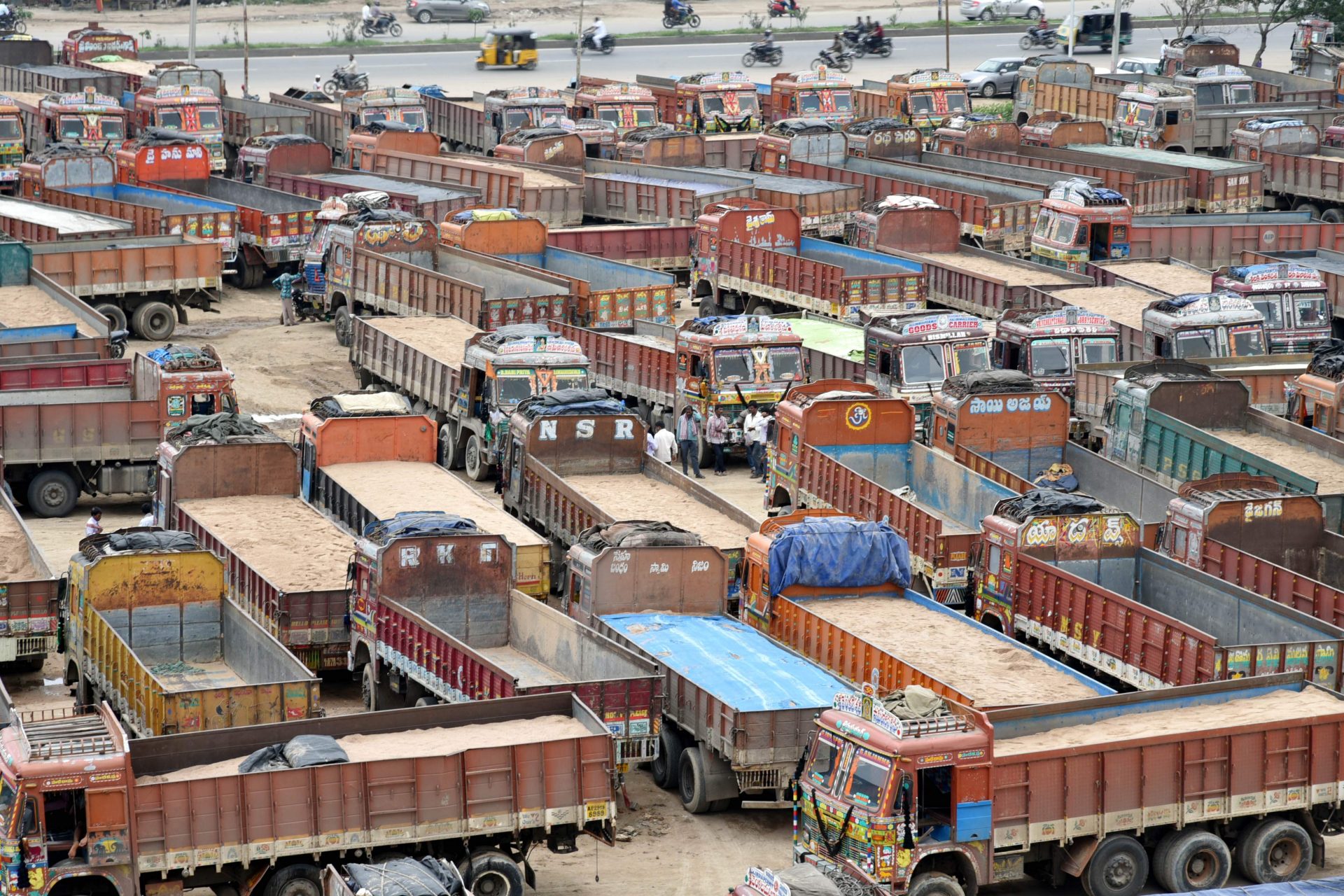 We have just received word that the weeklong Transport Strike has been called off just a short while ago after the successful meeting held between the Transporter Association and Transport ministry. All transport service will resume from July 28th onwards.

“Government has given us hope, that though not immediately, diesel prices may reduce by five rupees to six rupees a liter in a couple of months,” Kultaran Singh Atwal, chairman of All India Motor Transport Congress said in New Delhi today, Bloomberg reported.

All India Motor Transport Congress (AIMTC) called for a strike on July 20th, demanding a reduction in diesel prices, quarterly revision of fuel prices, revisions to road toll collection with barrier-free movement, reduction of third-party insurance premiums and other transportation industry reforms.  The strike will impact import-export trade, airport and port operations, and transportation of manufacturing and industrial goods and commodities.  Interstate truck movements will be severely impacted.

We have seen similar situations in recent months, like the truck driver strikes in Brazil and China, and even Argentina.

AIMTC says 75% of the 93 lakh (9.3 million) trucks and over 15 crore (150 million) people are participating in the strike. Drivers are parking their lorries (trucks) to blockade roadways and refusing to transport goods until their demands are met.

On Twitter, AIMTC alleged that “toll plazas have become [a] cesspool of corruption and harassment” and demanded that toll barriers be removed and that the funds be collected through indirect taxation instead.  AIMTC claimed that the current system costs truck drivers around Rs 1.5 trillion ($21 billion USD) annually.  The group believes that removing the toll plazas will encourage the seamless movement of freight, environmental savings, and lower logistics costs.

Trucker & Transporter are in SEVENTH DAY of their nationwide suspension of Transport Operations. The GOVT & the MEDIA is equally indifferent to our just Cause. Our Demands are in the People and the Nation’s Interest, yet these institutions are not caring to address it. pic.twitter.com/jq8sF7YG41

Trucks carrying essential goods like medicine, hospital supplies, water, and milk have been exempted from the strike. The prices of grains, which are storable and nonperishable, have remained the same, however, the prices of vegetables and other perishables have spiked as a result of the strike.

The president of AIMTC warned that as the strike persists, transportation of essential goods may also be halted, and there may be more impacts to the nation.  So far, more than Rs 10,000 crore (around $1.453 billion USD) of losses have been recorded in India due to the strike.

As the strike entered its fifth day, we saw a partial impact on the container movements in Northern and Western India.  Trailer transporter Unions stopped container trailers en-route to the gateways of Mundra and Nhava Sheva terminals.  Talks between Government officials and the Trade unions failed through the sixth day, leading more Transport unions to join the strike to show their solidarity. Inter- and intra-state movements were heavily affected, but many local trucks continued to make deliveries.

The CMO of Tamil Nadu sent a letter on July 26th to the Minister of Road Transport and Highways urging the body to intervene in the strike, saying “The strike has affected the livelihood of many workers who are dependent on this industry.  Many perishable commodities like vegetables, flowers, eggs, and poultry are stagnating due to the ongoing lorry strike.”

“Movement of raw materials and finished goods have got hit. Export orders expiring, which is affecting our prestige in the international markets.”

He further said that the “exporters have a major issue as they are finding it hard to comply with orders and orders taken for ceramics, pharmaceuticals, chemical and textiles are expiring. Foreign competitors will benefit at our cost”.

In a letter to Union Transport Minister Nitin Gadkari, Saurashtra Oil Mills Association yesterday said that the “local industries in Saurashtra region are entirely dependent upon transporters for availing raw materials and dispatch of finished goods.” “If some sort of consensus is not arrived soon, the situation of industries will become very precarious, as they are already facing a tough time,” it said.

Currently, only northern India is affected, but soon, southern India and other regions may join the strike.

Government reluctant to give into trucker demands

According to Business Today India, the government’s response so far has been negative, with one government official stating the strike is “blackmail”.

“Everybody knows the government also wants to bring fuel prices under GST but the decision to do that will be taken by the GST council and not by the government alone,” a joint secretary with the ministry of road transport and highways told Business Today. “Going on an indefinite strike knowing it will affect supply of essential goods is blackmail. Some of their demands are not even genuine. They cannot be allowed to hold the country to ransom.”

“Prices of diesel have gone up in line with the increase in international crude prices. It is not like the government is getting a windfall from it,” the official said. “Bringing it under GST is a time consuming process as there are revenue implications and we have to build consensus across states.”

We will keep an eye on the situation going on in India, so be sure to check back on our blog or follow us on LinkedIn for more updates!

We will work to mitigate any shipment disruptions for our customers, and we thank you for your business and continued support.

If you think your shipments may be affected by this announcement, have questions, or need any assistance, please contact us.